are visible each day at the low tide, all year long ! 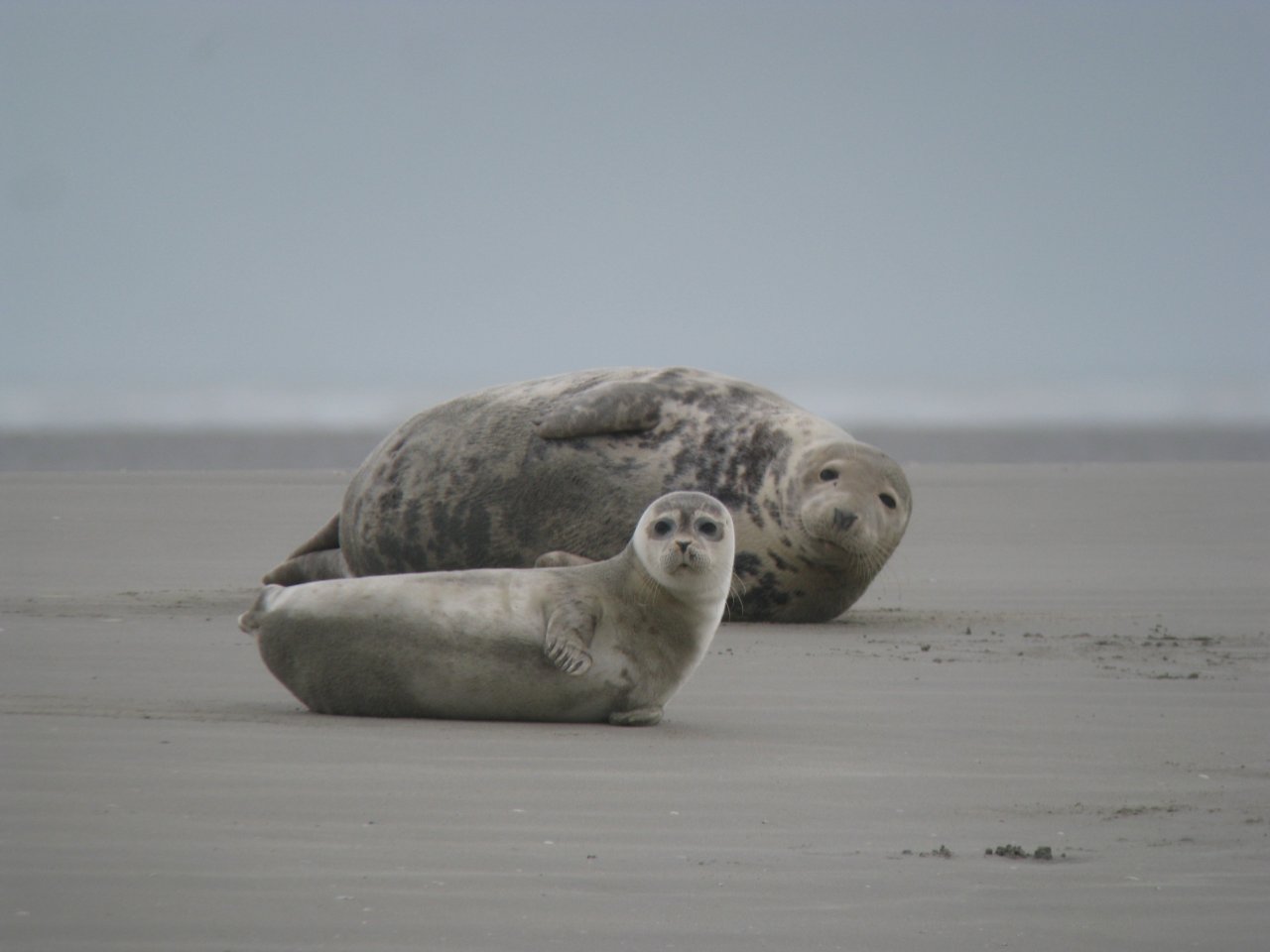 A long time ago set colonies of seals in the Baie d'Authie. A proof of it, is a sketch of Francis Tattegrain, dates back 1890. 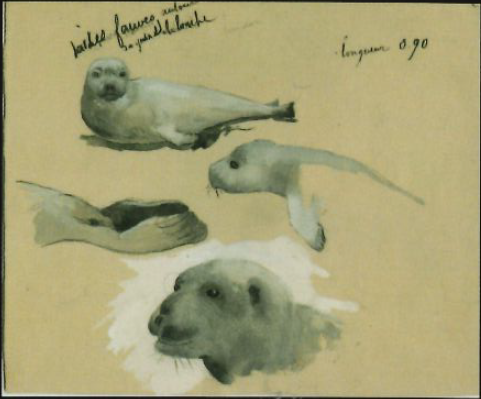 Nowadays you can see up to 100 seals. Two species can be observed in Berck-sur-Mer grey seal and common seal.

How to destinguish the phocids ? 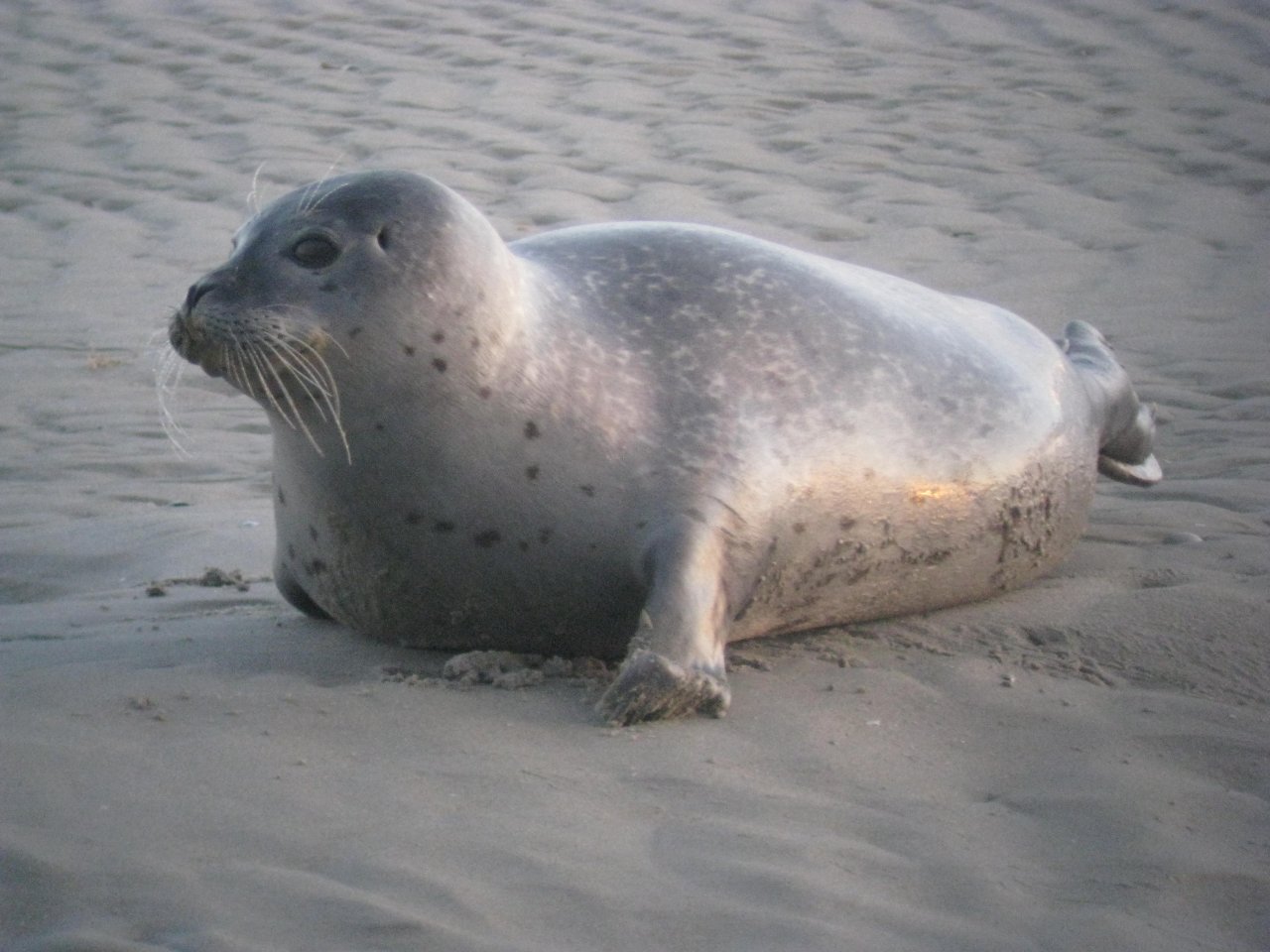 Common seal: its head is rounded, it has a pronounced concavity between the forehead and nose and its nostrils from a V-shape its fur is dotted with very fine lighter-coloured markings. It measures between 1,5 and 1,8 metres in length. The male weights approximately 110kg and the female about 80kg. 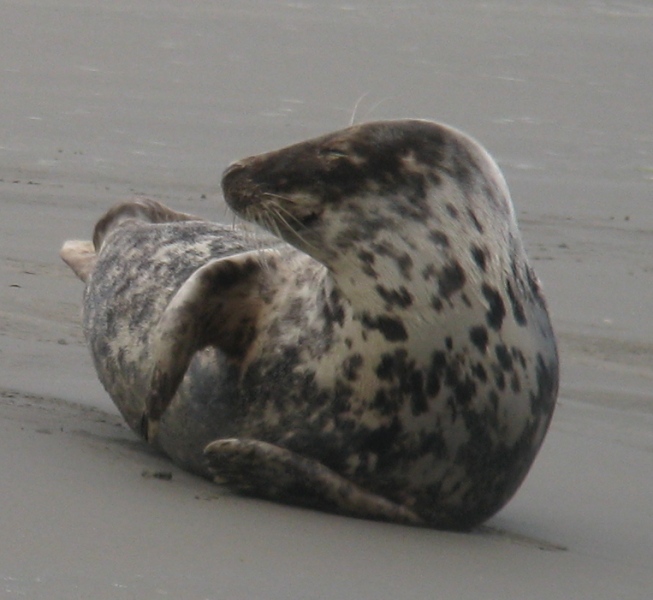 Grey seals: its muzzle is an extension of its forehead; its nostrils are parallel and it has a light mottled coat. It is twice the size of the common seal, it can measure up to 1,95 meters. The male weights approximately 250 kg and the female about 150 kg. 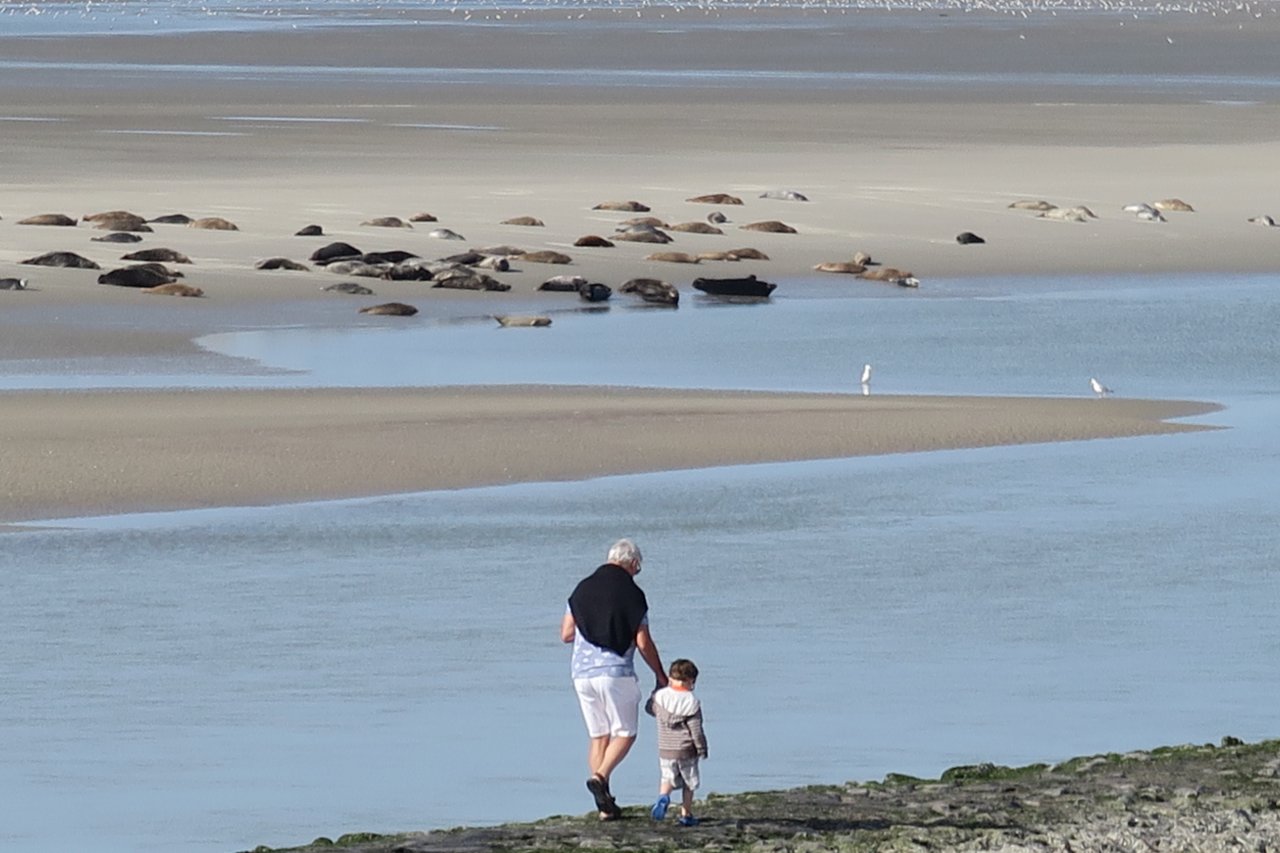 Have a look at the tide table

Download  the map of the town to locate the viewpoint